More than 10,000 superyachts grace our oceans yet only a handful boast a superyacht design that can make heads turn.

Whether they’re the only yacht in a secluded anchorage or berthed in a crowded marina, professionals and enthusiasts alike can spot them at first glance. While some are discernible because of their towering masts, others attract attention because of their arched superstructure, flat plates or curved windows.

However much these iconic yachts differ from each other, they do have one thing in common: they certainly have an unconventional design. Their maverick use of materials and never-seen-before features make them distinctive, as not many prospective owners are looking for break-the-mould-innovation. 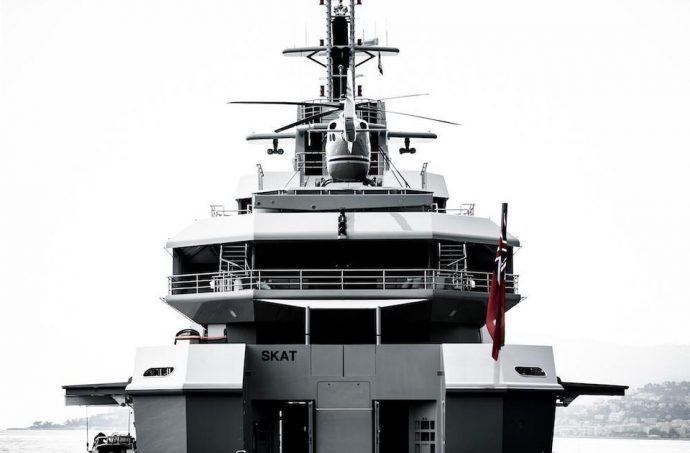 With the exception of a few truly cutting-edge yachts, the development of yacht design progresses slowly and cautiously. Most owners find that taking the road more travelled is the more attractive route. And it’s understandable. Compared to ‘traditional builds’ there are risks involved with opting for an unconventional superyacht design.

Not only because an unconventional design may compromise a yacht’s brokerage value but also because it could invite criticism. The 71m Skat, for instance, grey and free of superfluous lines, scandalised a lot of people when she was first unveiled.

But as controversial as a yacht like Skat may be, she has undoubtedly impacted the world of superyacht design. In fact, her stealth-style and linear look have influenced the lines of many mega yachts since her launch. Sailing Yacht A, built by German yacht manufacturers  Nobiskrug and designed by Philippe Starck, is another prime example of a yacht that has pushed boundaries.

With her 142.8 metres she is the largest private sailing yacht built to date, boasts imposing 100-metre-high carbon fibre masts and weighs a hefty 12,558 GT. What’s interesting to add here is that 40m used to be the ‘standard’ size for a super yacht but now yachts in the 35-45-metre range sit at the lower end of the spectrum.

Another yacht that has pushed the boundaries is the Lord Norman Foster-designed Ocean Pearl. Foster took the concept of the traditional yacht layout and completely reinvented it by placing the owner’s cabin in the bow and giving the yacht an arched super structure. The 75- metre Enigma (formerly ECO) is another case in point. She sparked a revolution in superyacht design innovation by means of her aggressive lines, outrageous top speed and radically curved windows.

Owners like Melnichenko (sailing yacht A & motor yacht A) and Charles Simonyi (SKAT) delight in challenging the status quo. Russian oligarch Melnichenko even put his own team together to take his mammoth project from concept to completion. Indeed, the build of an avant-garde yacht mostly comes down to her prospective owner: is he or she prepared to introduce new technologies and ready to give a designer the freedom to put brave-new ideas forward? 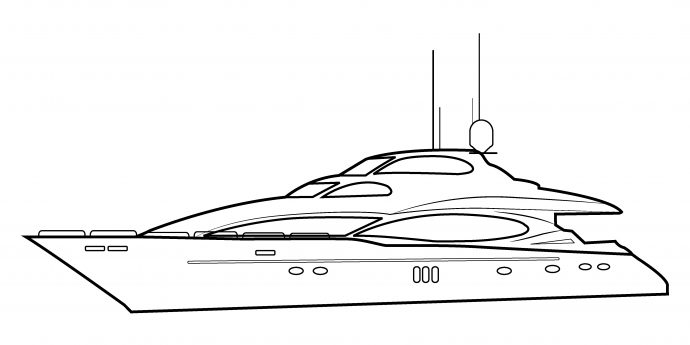 Combine a forward-thinking owner and pioneering designer and almost anything is possible. Designs such as Mathis Rühl’s 70-metre trimaran concept Wind Motion, a superyacht design which features rotating twin wing masts fitted with foldable sails, and the 58-metre Caronte, Lazzarini Design’s latest bold concept which boasts bulwarks that tower six metres above the waterline, are a true testament to what’s possible. Like many other out-there ideas, they’re just itching to be matched with an owner who will bring them to life or to inspire a prospective owner to commission the next ground-breaking concept.

With its vibrant and distinctive culture, it’s unsurprising that Morocco has become a significant influence over modern style.