The British Grand Prix has always been synonymous with the UK sporting calendar but its popularity has soared during the last decade with Silverstone now being one of the central hubs for culture and fashion in the summer.

An estimated 120,000 people watch the action unfold on race day every year and local heroes Lewis Hamilton and Jenson Button are currently among the star attractions that are not only pushing the boundaries with their sporting endeavours but appealing to a wider audience through their style away from the race track.

The British Grand Prix’s status as a luxury event has been boosted by the high-end style and fashion on show in VIP areas and pit lanes during the week.

Sonia Irvine, sister of former GP driver Eddie Irvine, recently said that “there is a strong element of glamour and fashion in F1” and this is evident during the festivities at Silverstone where money, luxury and design play a huge role in selling the showpiece event to the British public.

Many celebrities, fashion designers and other important figures now see the British Grand Prix as one of the places to be during the sporting year.

The British Grand Prix’s popularity has also been boosted by improvements in safety standards, with Max Mosley being at the forefront of new developments.

The crash described as an accident by experts recently left Jules Bianchi in a critical state, but Mosley’s pioneering efforts as the former FIA President have ensured that drivers are now safer during races, which has increased F1’s popularity with fans across the globe.

Define your own style 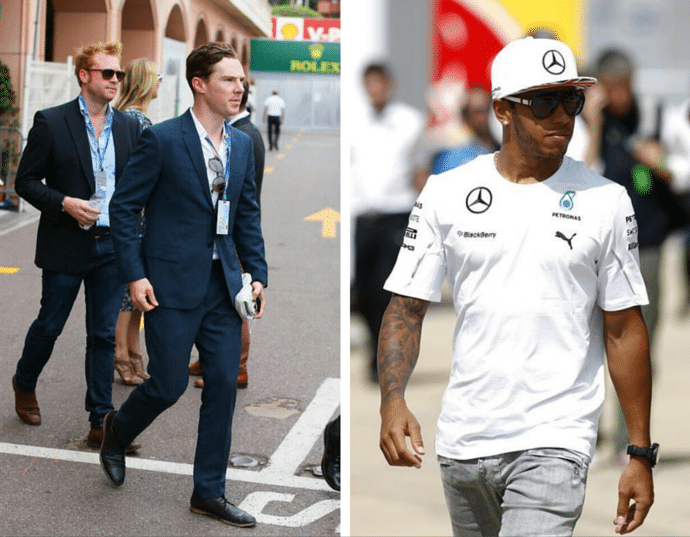 When a selection of the world’s wealthiest turn up for an event, it is important that you stand out from the crowd by defining your own style. Pit lanes are awash with the most expensive dresses and diamonds, so getting noticed might require you to combine elegance with an approachable and passionate attitude.

The focus on fashion has also extended to the pit lane where many of the drivers are now getting suited and booted before the big event. Sonia Irvine’s own Amber Lounge charity fashion show has brought together the biggest names in Formula One to strut their stuff down the catwalk with suits costing in excess of $8,000.

Of course, it’s not only women that are making the British Grand Prix a hub for all-things fashion, as men are also stepping up their game with tailor-made outfits that help them to stand out from the crowd. Irvine admits that all VIP guests are under constant scrutiny during a racing weekend. She adds: “You are photographed in everything that you do from the minute you walk in to the minute you leave. You have to be aware of how you look and keep yourself fit and presentable.”

The 2015 British Grand Prix is only a month away and it is set to be one of most evocative and famous races in sport as millionaires, celebrities and the masses all add their own style to another weekend of thrilling action.

Kevin McCloud is back in our lives once again, returning for the 16th series of Grand designs!