Look out London; CitizenM is coming your way (again).

With a third London branch of the undeniably cool hotel chain opening in Tower Hill late this year, it’s time for an overview of what we can expect from the self-described ‘non conformist’ group. 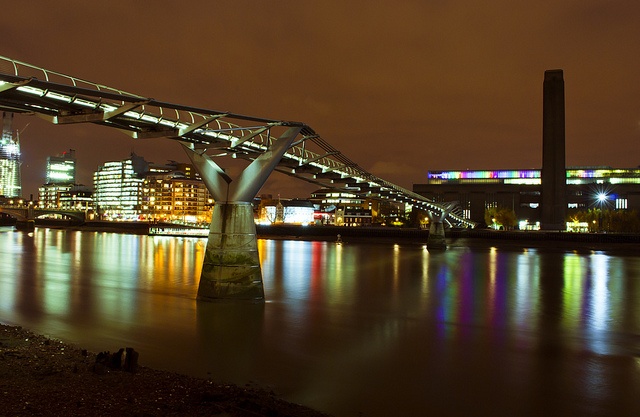 Claiming to offer affordable luxury with none of the pomp to the, “mobile citizens of the world (smart, good looking people like you),” the current London Bankside branch looks to cater to hip young business people and creatives, with its proximity to the Tate gallery advertised clearly on the opening web page.

The foyer bar is certainly impressive – having opted for plenty of natural light through glass exterior walls, they’ve allowed for every ‘space’ – be that work, play, or dine – to have its own spotlight.

Distancing itself from traditional luxury hotels, they have opted for bright geometric designs and block Union Jack style decor in the lounge area, which would look tacky if it weren’t so minimalist. 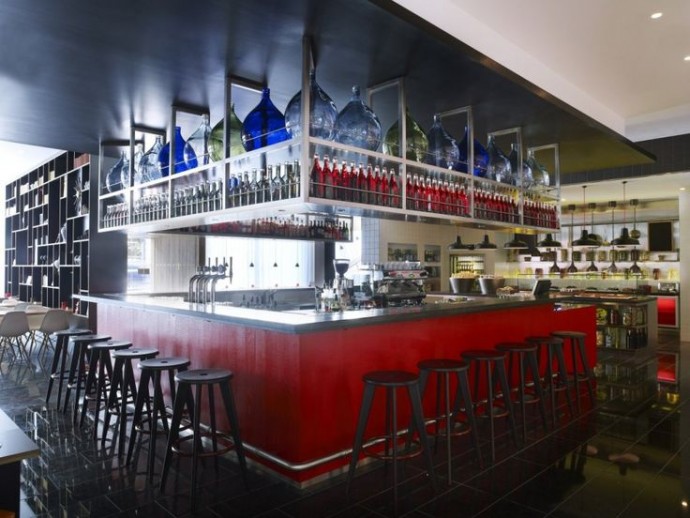 CanteenM is not unlike any upmarket London bar and cafe, with professional-grade chromatic countertops, suitably inviting for its 24/7 snack service.

The bar is easily accessible in the centre, while the areas around it are divided, though through feng shui rather than physical barriers, into different zones for dining, hanging out, and working.

The feel is that of a kitchen-living room, a home away from home, welcoming to the weariest of travellers. 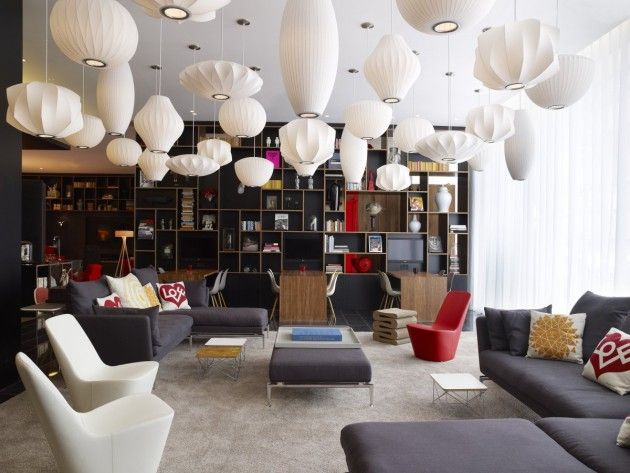 Leading on from this to the lobby; and you’ll notice a striking feature wall adjacent to a white-curtained large window.

The full-sized bookshelf, complete with desks and televisions for group work, is curated by trendy bookshop MENDO for beautiful books on fashion, art, and design.

The sleek but inviting sofas and boutique white paper lanterns on the ceiling hark not to a traditional 5 star hotel but to a very nice living room. 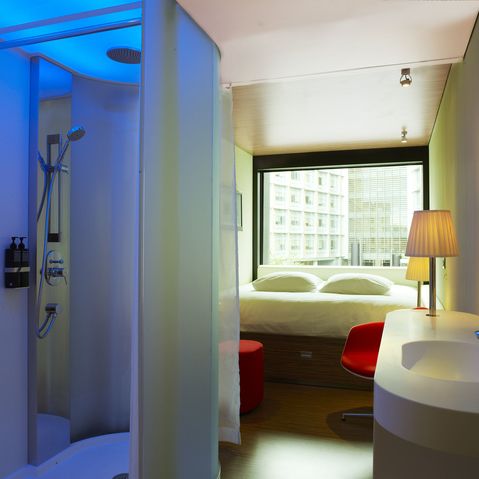 The bedrooms themselves are as sleek and chic as a hotel room can get; clean white minimalism is echoed here again, and offset by warm mahogany fixings and red accents, again with plenty of natural light flooding in through the large window.

Even the en-suite shower is minimalist, in a futuristic cubicle CitizenM make a point of advertising their ‘rain showers’, specifically designed to wash away jet lag.

The soundproof space may be compact (it IS Central London, after all), but the features, including large wall-mounted TV and XL King Sized bed make up for it.

Whether you dream of a life in the rural hillside, or want to modernise your existing country retreat, opting for a country kitchen doesn’t…