London has a long and rich history in menswear, culminating in its status now as a centre for style and innovation when it comes to men’s fashion.

From fashion designers to high street clothes, the industry is worth £10 billion to our economy, according to Mintel. Playing host to international leading men’s fashion event London Collections: Men, London is the capital of menswear. Read on to take a look at our London menswear highlights. 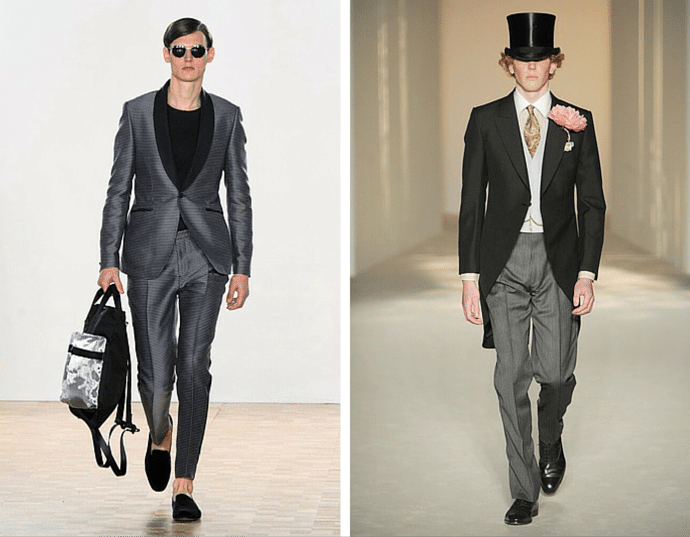 While Savile Row is known for its high end, bespoke tailoring for men, the street was originally occupied in 1731 by military officers and their families, and later by William Pitt the Younger.

Tailors only started doing business at the end of the 18th century, and would eventually be known as “the golden mile of tailoring”. Customers have included everyone from Napoleon Bonaparte to Admiral Nelson and Laurence Olivier to Jude Law.

Henry Poole & Co are acknowledged as the “Founders of Savile Row” and creators of the dinner suit. They moved to Savile Row in 1846, only to have to move in 1961 due to the demolishing of their building – they then moved back again in 1982. 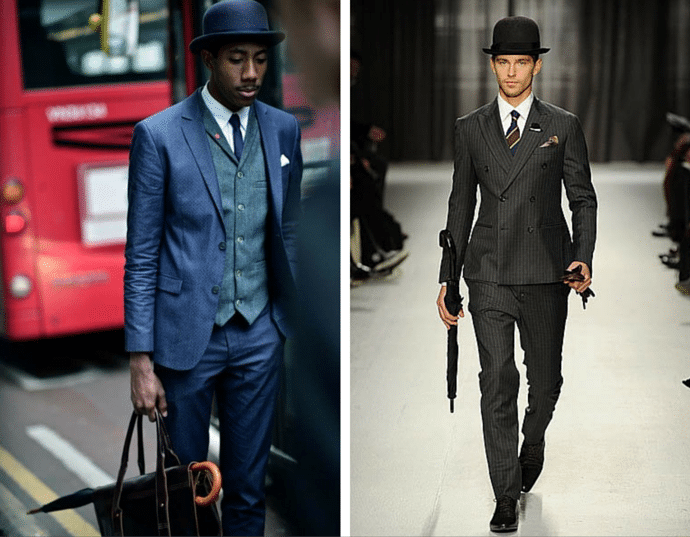 Lock & Co is the oldest hat shop in the world. Established in 1676, it is also one of the oldest family-owned businesses still in existence. Customers include Sir Winston Churchill, Charlie Chaplin and Admiral Nelson.

The bowler hat is said to have been designed with the help of Lock. William Coke commissioned a hat design that would allow him to ride without risk of his hat falling off and to protect his head from low hanging branches.

A top hat was just not working for him! So, Thomas and William Bowler made a prototype, and it was brought to Lock’s for testing. Coke jumped on it, and withstood his weight, so he bought it. 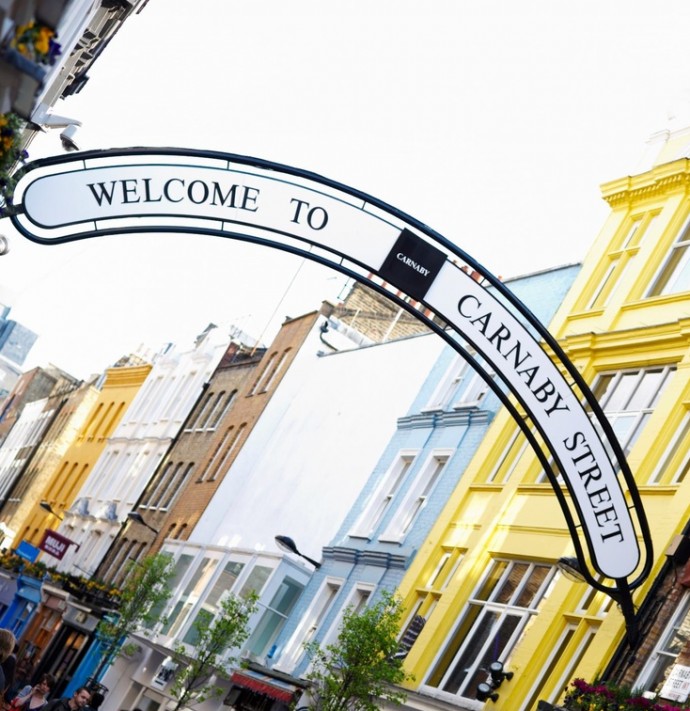 Near Savile Row, Carnaby Street was the place to be if you were bohemian or creative, but it wasn’t until the 1960s that the area really took off. With regards to menswear, it was John Stephen, Lord John and Take 6 that were synonymous with a new style and attitude in menswear. Today there are lots of shops to keep you happy when it comes to menswear too.

If you’re into proper historical menswear, then you should definitely think about going to Kensington Palace. The Royal Ceremonial Dress collection contains men’s (and women’s) court dress and uniform from the 18th century onwards, as well as royal garments worn by Charles I, William III and the Duke of Windsor, so you can really get a sense of the history of men’s wear.

When it comes to shoes, Crockett and Jones are some of the best. They were founded in 1879, in Northampton – the capital of shoes! They had royal patronage and the reputation for the best shoemakers in the country. In 1924, their footwear was used for the second time for a Shackleton Polar expedition. You can take a look at their footwear today in a number of shops in London.

Radio are a London based company who focus on Icon Design, Illustration and Typography.