Known for its bohemian glamour, Notting Hill maintains its reputation for being trendy, chic and effortlessly cool.

It’s no wonder that the area has attracted the attention of style icons and celebrities of previous generations and continues to draw in the new generation of rich and famous.

Between the village of Notting Hill and the neighbouring areas of St John’s Wood and Primrose Hill, a little patience (and strategy) could have you running into the likes of Elle Macpherson, Richard Branson, Damon Albarn, Claudia Schiffer or Kate Moss.

Understandably, the notable residents in and around Notting Hill tend to keep themselves to themselves, but if you’re keen to bump into someone famous, there are a few spots worth scoping out.

While the number of celebrities actually living in Notting Hill may be lower than in the surrounding areas, its independent boutiques, designer stockists and vintage markets make it a shopping haven for people from all walks of life.

Vintage-lovers will should head to the markets on Portobello Road, which combines an antique market at the Notting Hill end, food stalls a little further up and vendors of vintage clothing and emerging designers as you head towards Ladbroke Grove.

For the gents, Couveture & The Garbstore is considered one of the best shops in London, offering clothing from contemporary independent labels from around the world. You can also stock up for summer at the Frescobol Carioca flagship store on Lonsdale Road. The Brazilian designers create playful beachwear and boast Leonardo DiCaprio and Jamie Redknapp amongst their client base.

You’ll need to refuel after a long day of shopping, so head to one of the Notting Hill’s top-rated restaurants to enjoy an exquisite meal and have the best chance of seeing a famous face.

The Ledbury has been recognised as one of the best restaurants in the world on multiple occasions, earning two Michelin stars for the quality of its French-inspired menu. For a more intimate experience, Marianne (named after and run by Masterchef finalist, Marianne Lumb) has only 14 covers, meaning that every dish is carefully cooked by the chef herself. Alternatively, you can book a table at Core by Clare Smyth, where courses are prepared by Clare Smyth MBE, holder of three Michelin stars.

For those of us that don’t have any A-list power behind our names, it’s worth noting that these restaurants accept reservations weeks (if not months) in advance. 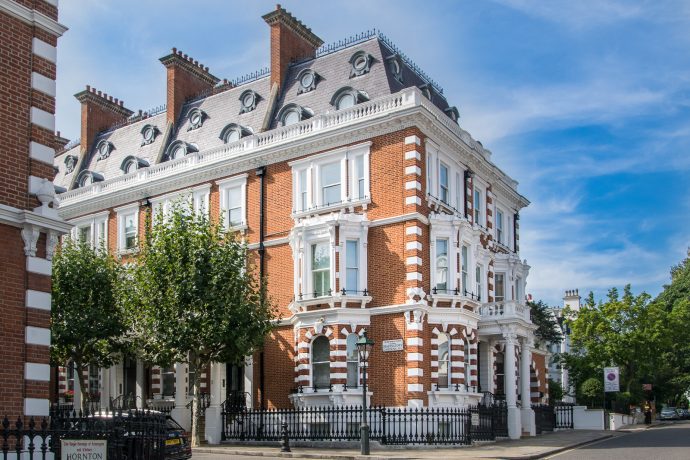 If you fancy taking the plunge and moving to Notting Hill (you’ll have much better chances of spotting your local A-listers if you’re there 365 days a year, after all), then be prepared to dig deep, as properties values average at just under £1,100,000 (not a typo).

If you’re not obsessed with living on the most enviable streets then a smartly-dressed 2-beds are in the range of £600-£650k, while £400k will get you a cosy 1-bed.

When house-hunting in a desirable area like Notting Hill, it’s really important that you’re making the most of your money. Investments can pay off exceptionally well, but it’s worth getting the advice of an experienced local estate agent, like Mountgrange Heritage to help you choose the best areas for your budget. 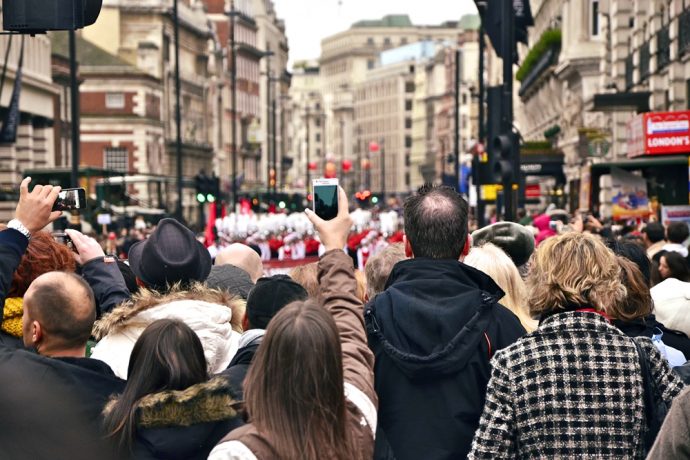 The annual Notting Hill Carnival brings everyone out to enjoy the music, food, parade and sunshine, including celebrities from around the city. Not only do top British artists often perform over the course of the weekend, but you should keep your eyes peeled to spot names like Cara Delevigne and Lily Allen amongst the riot of sequins filled costumes.

There are plenty of chances to see your idols at other times of the year, perhaps enjoying a drink at the Trailer Happiness (a retro tiki bar on Portobello Road) or hanging out post-gig at The Tabernacle (a legendary venue that has hosted the likes of Pink Floyd and the Rolling Stones).

Failing that, you can always grab a glass of champagne at the Electric Cinema, before settling into one of their squashy armchairs to watch your favourite Hollywood icons on the silver screen.

Obviously, it’s never guaranteed that you will be brushing shoulders with celebrities on the day you visit Notting Hill, but at the very least you will have treated yourself to the very best Notting Hill has to offer, hopefully feeling like an A-lister yourself!

The metropolitan city of London is one of the most popular areas to buy property in the UK.