The task of potently and tastefully illuminating your home can be tricky enough even before you come against such an obvious physical obstacle as a low ceiling.

A ceiling is generally considered to be ‘low’ when it is less than eight feet or 2.4 metres tall, due to the lack of vertical space that could mean any installed light fixtures pose a risk of colliding into the heads of taller residents or guests.

Thankfully though, you don’t have to declare defeat in your efforts to overcome the kind of low ceiling that rarely seems to feature in those impressive displays of home lighting on Instagram or Pinterest.

Here are some of our favourite tips and solutions.

This might seem like an obvious point, but you’d be surprised by the number of homeowners who don’t fully appreciate how problematic especially large or low-hanging fixtures can be in a space with a low-ceiling until they have already been installed.

So, let’s emphasise this, for those at the back: if you have a room with a low ceiling, you can probably rule out the majority of pendant lamps and chandeliers that you may have otherwise considered. Instead, take a look at the likes of flush mounts, semi-flush mounts, recessed lighting, sconces and floor lamps.

Now, you don’t need to feel intimidated or put off by the thought of fitting any of these illumination options. Flush mount lights, for example, have advanced considerably in the design stakes in recent years, so you don’t have to resign yourself to those dome-shaped, frosted ribbed glass mount lamps that seemed to be everywhere back in the day.

As for floor lamps, these can be brilliant for creating the illusion of higher ceilings, and there are so many different styles available to give off all manner of refined and arty vibes. Just take a look at the PAGAZZI brand’s latest sophisticated floor lamps, for example, encompassing a range of chic and contemporary designs that help them to fit in a classy manner into basically any decor scheme.

If you have doubts as to whether painting or repainting your ceiling white would make much of a difference to the lighting situation, don’t merely take our word for it – instead, ask interior designer John McClain, of John McClain Design.

He has been quoted as saying by the Martha Stewart site: “I use flat white paint for typical height ceilings, but every so often, the design plan works to allow me to paint the ceiling in a different sheen for lower-height ceilings.”

A higher-sheen shade of white will create a reflective surface enabling light to bounce around the room, contributing in the process to a brighter atmosphere.

Don’t necessarily rule out a pendant 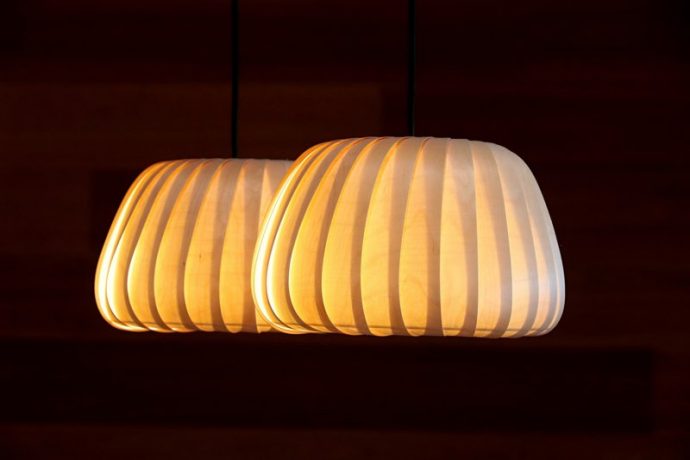 While this piece has already touched on the frequently problematic nature of pendant lighting in spaces with low ceilings, there’s one potential way of still making such a light a sound choice: reducing the length of the cable.

After all, provided that there is a sufficient amount of cable remaining for the light to still look pendant-like, you can achieve an aesthetic that might cause the casual observer of your space to forget just how low the ceiling is. A ceiling hook could be another possibility for making a pendant light work in such a space, while even maximising this type of light’s visual impact.

There you go – all of the evidence you need that a low ceiling doesn’t necessarily spell the endless headaches with lighting you might expect. In fact, with the savviest use of your illumination options, you might even manage to pull off a look to rival those stunning much larger spaces you’ve been marvelling at on social media.