Kevin McCloud is back in our lives once again, returning for the 16th series of Grand designs!

With Grand designs on it’s way the nation can finally settle their excitement and put their feet up to watch one hour of cleverly constructed architecture and its designs being brought to life.

The series will start off showing the development of one of the largest property’s that has ever been shown on the program. The owner is a very striving family man, attempting such a large build.

In respect to Kevin, UK’S leading online estate agent Emoov.co.uk has brought together five properties’ that have been shown on grand designs, and after 16 years of wondrous, intricate and complex designs we have picked our favourite builds.

As viewers from afar, we have seen series after series bringing contemporary and traditional ideas to our screens.

From timber frame kit houses to barn conversions, water towers, chapels, and glass builds, but our favourite seemed to be a property in Islington, they called the ‘house of straw.’

Its location was by a railway, and with it came an adaptable living space including a bedroom which was surrounded by a protective wall of straw, plus a five storey tower rising through the middle of the house!

Such astonishing imagination has gone into the process of designing the layout of the property, that no other place in a grand city such as London could possess the ability to create such an idea.

Next on our list of favourite Grand Designs properties is the Violin factory, a poor state of a building residing near to London Waterloo, owned by an ambitious couple Louise and Milko Ostendorf

Transforming the wreck into a luxurious spacious living home, Louise and Milko really have made what was a mere run down building into a beautiful piece of architecture.

Adding a 30ft high reception, winter garden, private cinema, and parking for 3 cars it is safe to say they have outdone themselves.

Although it’s an expensive job to restore buildings like this one, we recommend this idea to anyone who’s willing to take on the challenge. 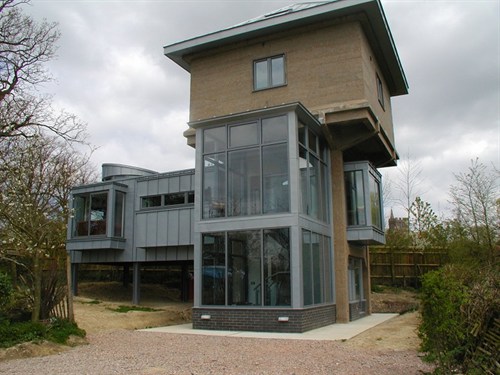 On with the concept of transformation and next on our list of favourites is the water tower of series 6 being converted into a abstract shaped living space, which didn’t look quiet as aesthetically pleasing as the others, but because of its complicated design it easily stood out in our eyes. It’s designer Edwin Lutyens also stood out for crafting such a clever build.

Its traditional use is subverted to a more modern outlook on life and its surroundings, merging the tower with a glass, steel framed construct making it into the beautiful living space it is today.

Thankfully the owners Bruno and Denise Del Tufo decided to create such a build instead of seeing the water tower get demolished, as it can now be used to serve another purpose. 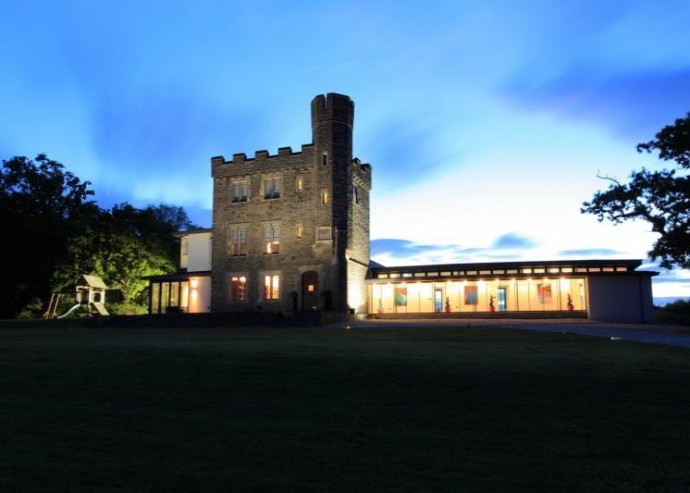 Wouldn’t everyone like to live in a castle? Well they say every Englishman’s home is his castle and it must apply to the owners of this next property on our list of favourites from Grand Designs.

Series 9 brings Kevin’s next visit to a welsh couple who having lived in London for a while wished to return to Wales to convert an 18th century castle.

Because of its Complete contrast of old and new we made sure this was on our list of favourites! 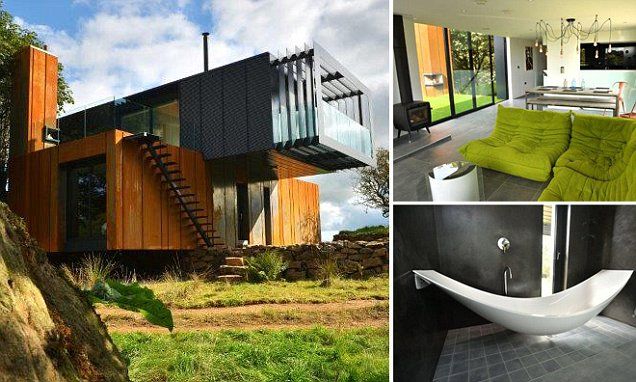 This is our Fifth and final house on our beautifully picked list of favourites, a property residing in Northern Ireland, County Londonderry.

It takes to a very modern construct including the materials used. The owner Patrick Bradley made a point of only using already recycled shipping containers.

This architect and farmer wished to construct this clever little structure with the budget of only £100,000, which made it seem even more interesting.

The location of the large L plan structured build was situated over a stream in the family’s back yard farm, it is a perfect example of how low cost housing and buildings can be made, especially in todays climate where housing is expensive, or for some where there is a lack of it. It really does show how you can still create things to an incredible standard with a budget!

This property certainly stands out in the eco friendly community, although it may not fit all needs or expectations it is definitely a forward thinking idea and positive step in the direction of recycling for the future.

Winter has set in and brought with it dark nights, colder temperatures and of course, new trends.