After a long anticipated wait, 260 million pounds in funding and a number of changes to the original glass design, the new Tate Modern extension in London’s South Bank is now open.

A number of editorials have already had the pleasure of exploring the Tate Modern before it opened up to the public, with mixed but mainly positive reviews.

Here at London Design Collective we have been eagerly awaiting the unveiling and have not been disappointed. 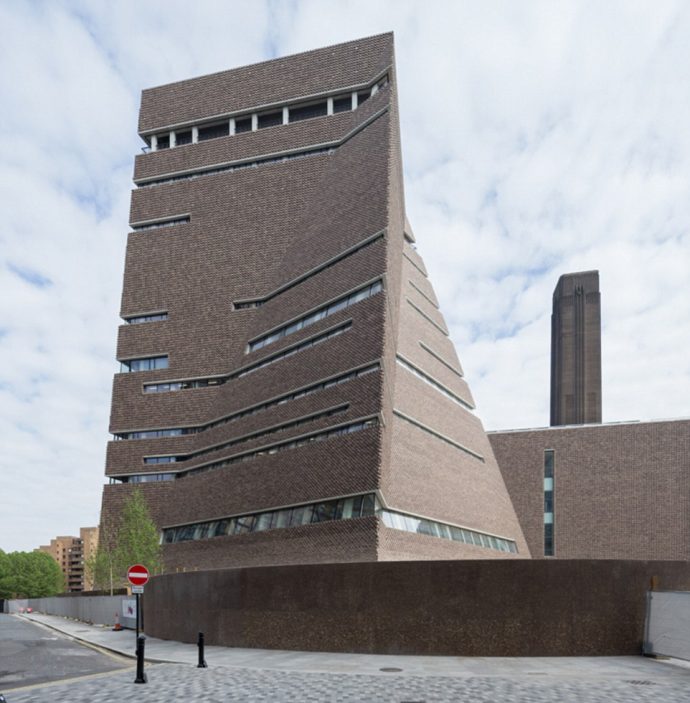 We originally felt that the glass design would have been more striking, but now that Switch House is complete we realise that the design with its twisted pyramid shape and eco friendly credentials was definitely the winning choice. 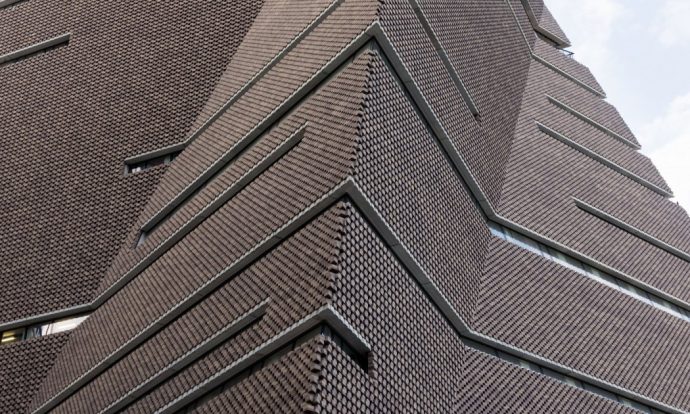 There are so many grand and prominent glass buildings in London, plus some not so grand nondescript ones, that the concrete and brick clad twisted exterior of Tate Modern although blending well with the original brickwork of the original power station by Giles Gilbert, will actually stand out and continue to do so for what I can image will be a significant number of years from now. 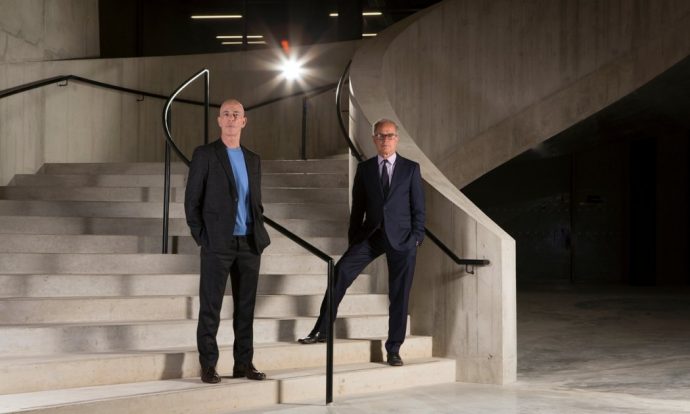 The designers of Switch House Herzog & de Meuron who also redesigned the section of the Tate modern building that once was Bankside Power Station a number of years ago, should be commended for acknowledging and instigating a forward thinking environmentally friendly design.

According to Time Out’s Martin Coomer

The building will provide 60 per cent more exhibition space, and allow for a ‘progressive rehang’ of Tate Modern’s permanent collection across both the Switch House and current Tate Modern building, with the Turbine Hall becoming what the Tate is calling ‘the street’ that connects both buildings.

A dominant but perfectly suited spiral concrete staircase draws the visitor from one level to the next. 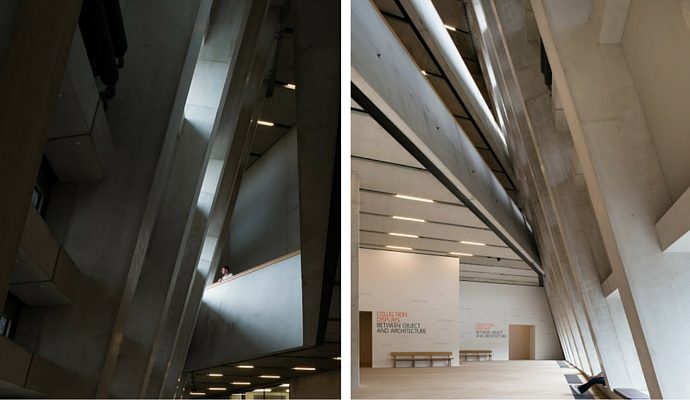 Click here to watch a timelapse photography sequence of the Tate Modern’s extension being built. 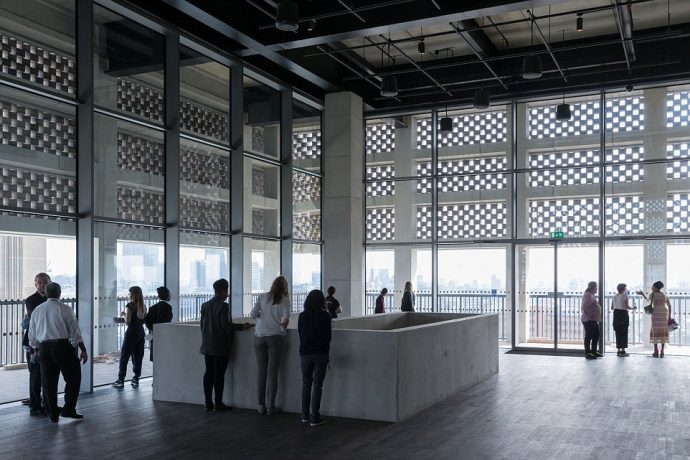 The Switch House extension is 65 meters high, made up of 10 floors including a panoramic viewing gallery of surrounding London, three new levels for gallery use and an area solely for live art, which is the first of its kind. 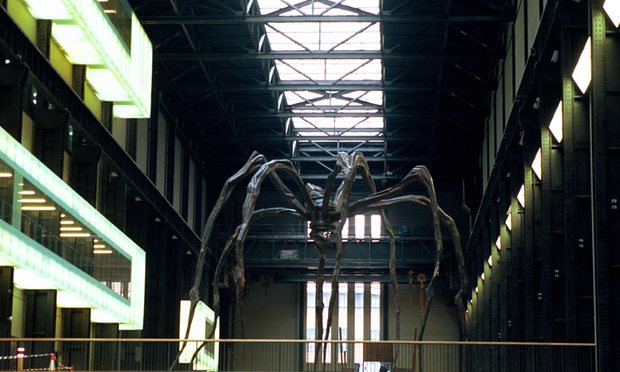 It’s great seeing the number of women represented has increased, though come on Tate there could still be a lot more, but this is still huge news.

The Giant Spider in the image above is a sculpture by Louise Bourgeois situated in the Turbine Hall (the street).

Phyllida Barow also has work on display at the Tate, as well as a selection of items from Marina Abramović performance in 1974, German sculpture and film maker Rebecca Horn has a number of items on display, and from July 6th – 30th October 2016 there will be paintings from Georgia O’keefe. 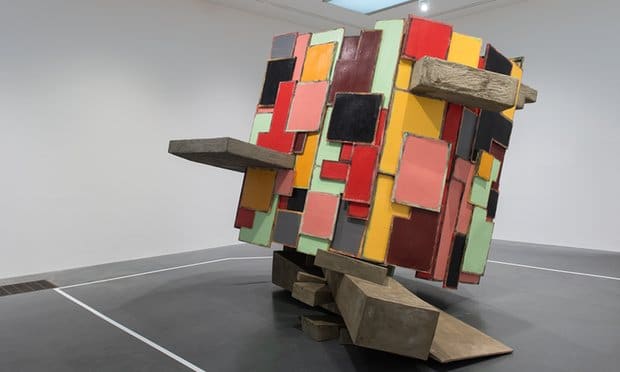 Phyllida Barlow CBE, is a great example of a woman not accepting societies pressure to fade away as you get older. Phyllida has grown and become more successful with age, at present her work is on display in a dedicated room in the Tate Modern. A great article on Phyllida can be found on the Guardian’s website.