Concrete has traditionally been known as material used for civil engineering and building projects, however, there are a number of artists using it to create amazing works of art.

In this article, we’ll be highlighting three artists who have used concrete to great effect. Their works ranges of large public art installations to small pieces you could have in your home.

As an artist, Joshua Vides became known to the wider population through his work painting distinct black lines across blight white shoes such as the Nike Air Force 1. However, Vides also likes to experiment with other materials and concepts.

For this project, he combined design and functionality to produce an incense holder from a concrete reproduction of a deflated basketball. The incense stick can be held in the hole usually used to blow up a ball. Made of 99% concrete with a 1% charcoal colouring the holders were limited to just 50 units.

With this piece, Vides has combined a staple of streetwear and sports culture, the basketball, with the sometimes harsh material of concrete.

Frances Richardson – ‘Loss of object and bondage to it; Fig 2.’ 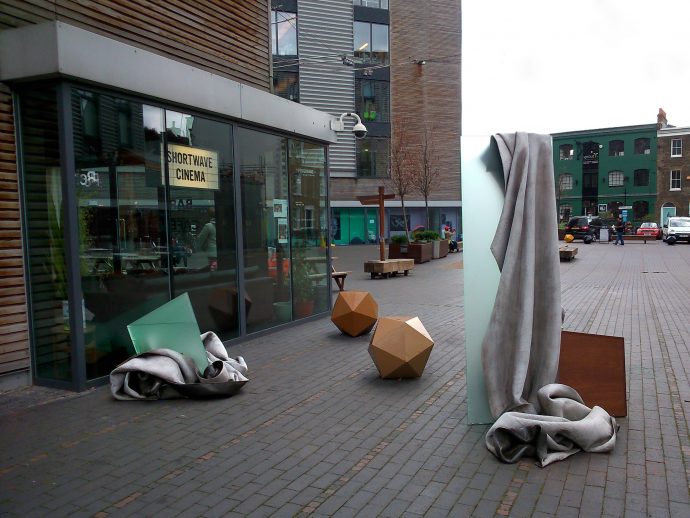 London based artist Frances Richardson used concrete for this piece of art which has stood in locations such as Bermondsey Square. Richardson’s design used Concrete Canvas, a concrete filled fabric which can be moulded or set into a variety of shapes. The material is a flexible fabric until it is hydrated. Once hydrated, it will dry and set into any desired shape.

For this project, Richardson wanted it to look as if the constructed MDF was supporting the material, when in fact, both elements were mutually-supportive. The project took around six months to complete, but Richardson’s efforts paid off as he was awarded the Solo Award for 2017. 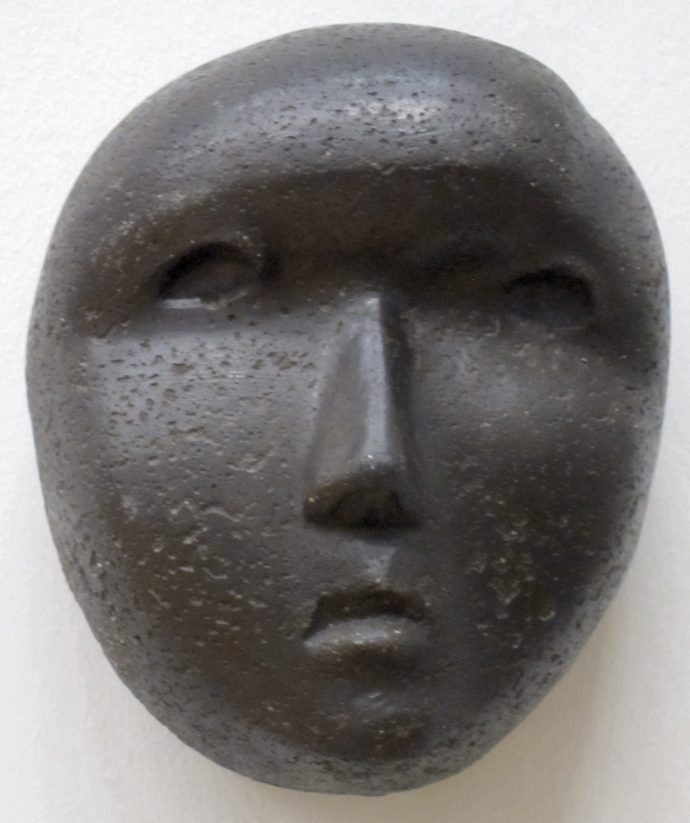 Back in the early part of the 20th century, English artist Henry Moore created a number of sculptures from concrete. In total Moore made 21 concrete sculptures, between the years 1926 and 1934. Having seen concrete being used more in building projects, Moore began experimenting with it, with some hope of being commissioned to produce to go alongside the concrete buildings.

Another benefit of using concrete was its price, during this period Moore didn’t have a lot of money so a material which was cheap and that he could mould, shape or carve was appealing. A number of Moore’s concrete sculptures focus on the human body with either faces or figures in different positions.

Overall, concrete has now become a material used by artists all over the world. As mentioned, it can be shaped, moulded or even carved to fit the artist’s vision. Concrete can also be coloured using pigments which further increases the possibilities for an artist.

For public works, it holds up well due to its strength against the weather and with advancements in concrete alternatives such as Concrete Canvas we may see more art projects using the material in the future.

This stunning photography by Sandrine Dulermo & Michael Labica, represents to us a bygone time of American Travelling Carnivals, with an eclectic fashion twist.