Adding natural light into buildings has always been a key aim for architects and designers.

One way they have found which consistently delivers large amounts of natural light to a building is by adding a skylight or rooflight.

To highlight some of the great examples of this, we have teamed up with Direct Rooflights. 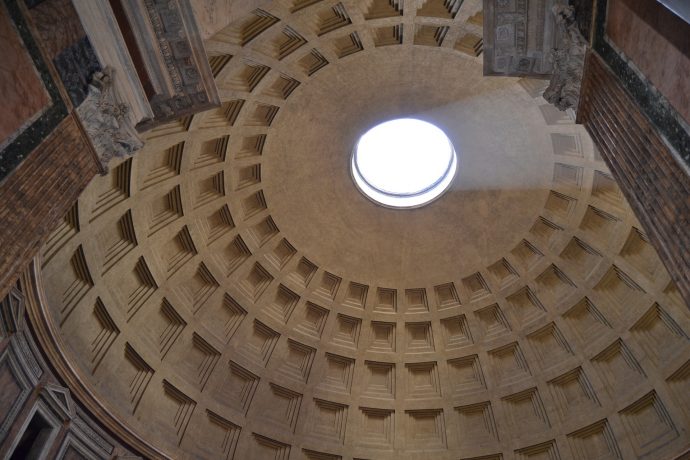 You can’t really talk about skylights without mentioning The Pantheon, possibly the most famous in the world. It differs from other skylights in that it has no glass covering the oculus, which means rain can come pouring into the building.

The oculus is 43m in diameter, and amazingly this building still holds the record for the world’s largest unreinforced concrete dome. 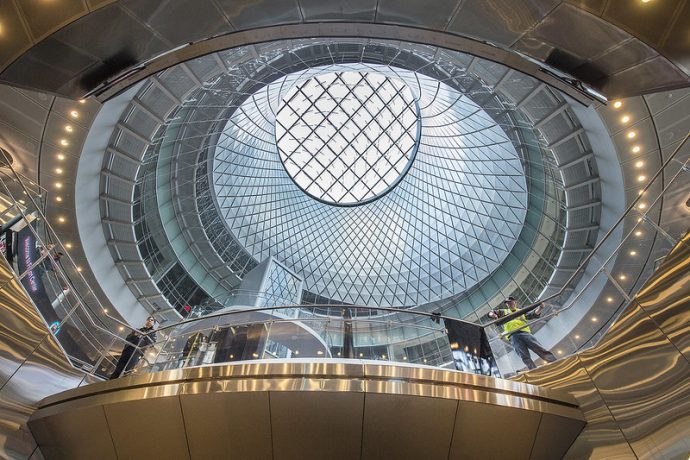 A fantastic use of a skylight can be seen in New York at Fulton Centre. The train station and shopping complex opened in 2014 and features a huge skylight with just over a 16m diameter. At the centre of the building, the Sky Reflector-Net uses carefully positioned aluminium mirrors to increase the natural light to the station below.

There are 952 panels which are CNC cut and hung from steel cables to help drive the light further into the building. It was the first intentional skylight in the New York City Subway system since 1945 and as such really makes the station stand out as the Subway is known for being a dark environment.

The skylight at Fulton Centre has become a hotspot for photographers all hoping to capture their own view of the skylight and panels, which change daily depending on the colour of the sky. 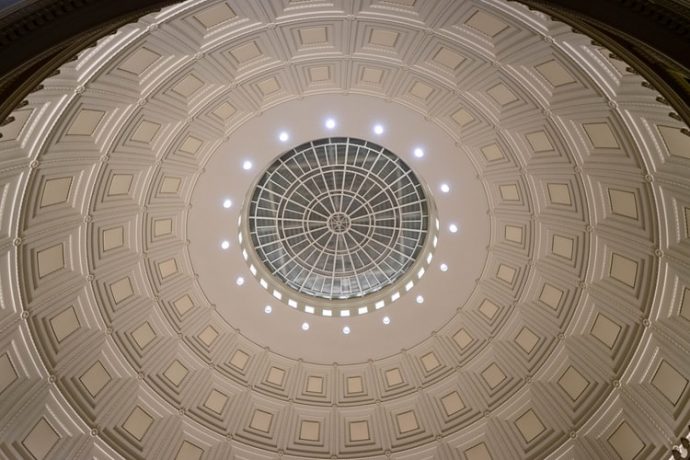 MIT (Massachusetts Institute of Technology) is one of the great universities in the world, and it’s therefore not a surprise that the buildings on campus have designs which are meant to aid students. One of the best examples of this is the Barker Engineering Library and its Great Dome.

Recently restored, the just over 8m skylight illuminates the main reading room of the library. The reason this is so important for this building, in particular, is that natural light has been shown to reduce stress levels. For university students hard at work in the library, this can be a real positive.

The building and its skylight were modelled on the Pantheon and underwent renovation work, in 2013, to restore it to its original splendour from when it first opened in 1916.

Skylights can really enhance buildings, they can help connect people to the outside world, and they benefit people by increasing the amount of natural light inside a building. There are countless great uses of skylights across the world, but we wanted to highlight these three, which we really feel should be recognised as great pieces of design.

It can be increasingly rare to come across exemplars of groundbreaking design, sleek architecture and complex engineering – all melded into one seamlessly integrated…