A common question asked in the motoring world is ‘can cars be considered art?’ While everyone will have their own opinion, some cars have been specifically designed to be art projects.

For this article, we have teamed up with I&K Motors to highlight some of the best art car projects. 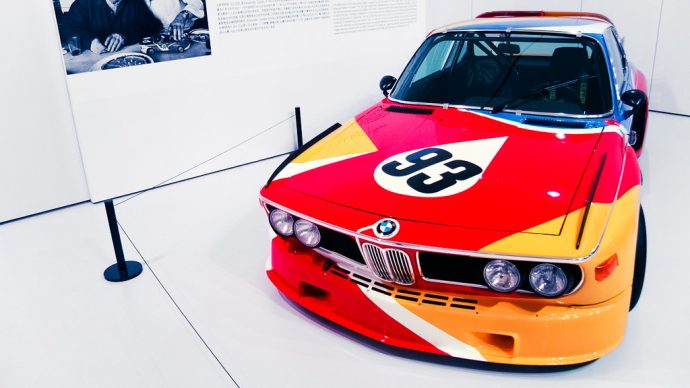 The art cars project has been a longstanding BMW tradition which has features some highly regarded artists. It started in 1975 with American artist Alexander Calder, since then artist’s such as Roy Lichtenstein, Andy Warhol and David Hockney have all left their mark on different BMWs.

The interesting thing about this ongoing project is the cars are driven in competitive races, including Le Mans, rather than just sitting static as exhibition pieces. They typically use bright and bold colour combinations which give the cars a really distinctive look.

British artist Damien Hirst created this Audi A1 and then auctioned it off for charity. It was painted in the artist’s studio in Gloucestershire and features a mostly pink colour scheme but with splatters of numerous other colours across the whole car.

It reportedly took six months to create, and Hirst also produced a canvas spin painting which sold alongside the vehicle. This particular Audi A1 was 1 of 1 and went on to raise £350,000 for Sir Elton John’s AIDS Foundation.

Sir Elton described the car as

“the most exciting object we’ve ever had on auction.” 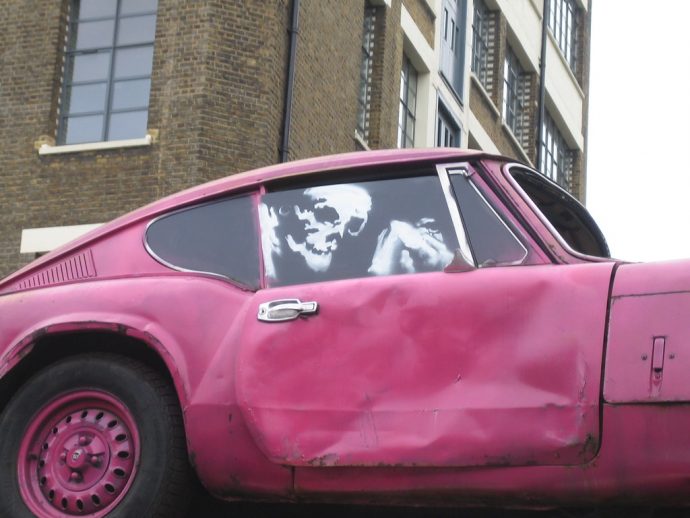 Even world-famous street artist Banksy has tuned a car into an art project. Back in 2005, after a Triumph GT6 MkIII had been left on top of a container just off Brick Lane in East London, Banksy decided to add his signature touch to it.

The car was painted bright pink, including the wheels and paint appearing to drip down the side of the container. The windows were also painted black and a skeleton figure painted in the driver’s seat, however, this was subsequently removed. While it has aged and is now encased in a Perspex box the car is still visible.

Another one-off was the Bentley Continental GT V8 S created by Sir Peter Blake in a partnership with Bentley. It was produced in aid of the Care2Save Charitable Trust. The car was intended to reflect the pop art movement which Blake is heavily associated with.

With a bold red heart on the bonnet, blue side panels along with British Race Green lower bodywork this car also features a unique interior. Each of the four seats are also different colours, with red and orange in the back and green and blue in the front.

The car sold for £250,000 at an auction held at the Goodwood Festival of speed in 2016, with all the proceeds going to Care2Save.

We love art cars and would love to see more brands embrace the creativity of artists and allow them to create some stunning designs, either for charity or racing purposes. While they look great, we’re not sure how much you’d want to live with one every day!

The travel industry’s positive impact on our lives is undeniable.