Mayfair’s Balfour Place is one of the most desirable streets on which to live in London.

Among many wide-ranging reasons one would want to live in this prestigious street, these five factors are the most convincing reasons to move to the area.

Pastor Real Estate, a boutique real estate agency based in the heart of Mayfair, offers two spectacular properties to rent on Balfour Place. 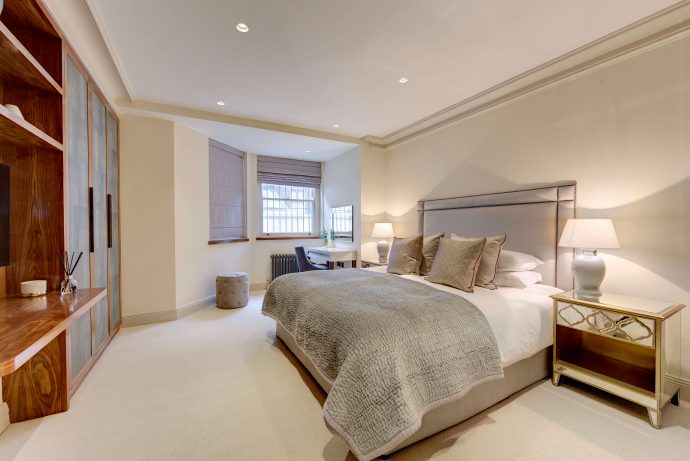 5) From Balfour Place in Mayfair, the transport links to the rest of London are fantastic. The street is within close proximity to four underground stations, including Marble Arch, Bond Street, Green Park and Hyde Park Corner, meaning easy access to the Central, Piccadilly, Jubilee and Victoria Lines. The Piccadilly line also reaches Heathrow Airport, meaning international transport links are also within easy reach for the residents of this exclusive neighbourhood.

4) Balfour Place sits adjacent to Mayfair’s oldest street: Mount Street. One of the most exclusive shopping areas in London, Mount Street offers designer boutiques, including Marc Jacobs, Rubinacci, and Céline; fine restaurants, such as Scott’s; chic bars; and many other luxurious amenities, such as The Connaught Hotel – one of London’s finest.

3) Balfour Place is surrounded by some of London’s most celebrated green spaces. At the end of Mount Street is Hyde Park – the largest park in central London. Also in close proximity are Green Park, Grosvenor Square, Berkeley Square and Mount Street Gardens.

2) Many famous residents reside in or around Balfour Place and Mayfair. Attracted by its easy transport links, exclusive amenities and green spaces, , distinguished residents of the area include Keira Knightley, Madonna and Nigella Lawson. In the past, Prime Ministers George Canning and Winston Churchill also called Mayfair home at one stage in their lives.

1) One of the nation’s most expensive properties is on Balfour Place. The city mansion was recently valued at £45,000,000 and boasts 19 bedrooms, six kitchens and 17 bathrooms. A short stroll from Oxford Street and Hyde Park, no. 7 Balfour Place dates from the late 19th Century and is characteristic of all the properties on the sought after street. Each building looks spectacular in the Mayfair neighbourhood.

Approximately 66% of Mayfair residents currently rent their home, rather than own it – a trend that is being adopted even by royalty. A Sultan from Abu Dhabi is one such renter who has recently moved to the area. Pastor Real Estate offers two stunning apartments for rent on Balfour Place, Mayfair. Their differing styles underpin the varying types of property on offer in Mayfair; from traditional to ultra-contemporary, the range of properties on offer in this prestigious part of London is diverse and unwavering in its quality.

2 Apartments for Rent on Balfour Place

The first property is a beautifully presented, two-bedroom lateral apartment in one of Mayfair’s most prestigious period blocks. Discretely located, it sits just a short stroll from the open spaces of Hyde Park and the shops, restaurants and designer boutiques of this sought after neighbourhood.

This immaculate property has been stylishly furnished and extends to 1,027 ft2 (95.4 m2) on the first floor. It comprises an entrance hall, large reception room, master bedroom with en-suite bathroom, 2nd double bedroom, shower room, fitted kitchen and excellent storage throughout.

The second property for rent in Balfour Place is a superb two-bedroom apartment. It is moments from the shops, boutiques, and restaurants of Mount Street and a few minutes walk to all other amenities in the area. This exceptional apartment benefits from wonderfully high ceilings, with full-length windows in the exquisite reception room. It also boasts many original features.

The property has been stylishly decorated and is well presented to offer bright, airy accommodation. It comprises an entrance hall, magnificent reception room, two double-bedrooms with excellent storage facilities, fully fitted kitchen, and tiled bathroom. The block also benefits from a passenger lift and a day porter.

Kitchens are no longer seen as gloomy spaces where only cooking is done.