Although wrapped in a veneer of contemporary and technological wizardry, the London metropolis oozes antiquity from every crevice and crack – a beautiful city with vintage running through its veins.

Shabby tenement buildings rub shoulders with chic, chrome- and glass-fronted offices and shopping centres. Some of London’s major tourist attractions were built over 2,000 years ago, some survived the Great Fire of 1666 and two World Wars.

Let’s take a look at some of the oldest buildings in the capital: churches, pubs and landmark buildings. 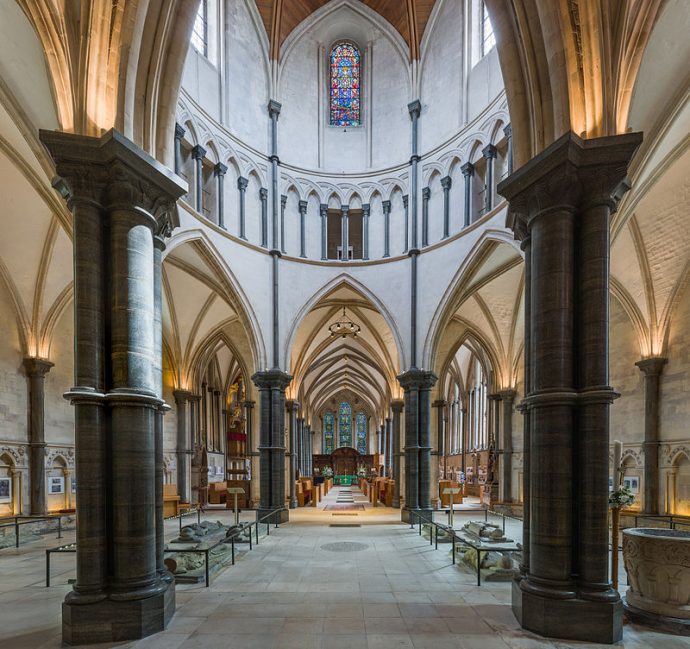 All Hallows-by-the-Tower is an ancient Anglican church in Byward Street that overlooks the Tower of London. It’s the oldest church in the City of London and was built in 675 AD on the site of a former Roman building. All Hallows was very badly damaged by German bombers during World War II and required extensive reconstruction from a team of expert building pathology specialists.

Temple Church was built for, and by, the Knights Templers in the late 12th century. This medieval building, completed in 1185, is famous for being a round church – a common design for Knights Templar churches. It was gutted by German bombers during World War II but was successfully restored.

St Etheldreda’s Church is one of the oldest Roman Catholic churches in England, dating from Edward I, who reigned in the late 1200 and early 1300’s. In the 1700’s, Parliament allowed the bishops to sell the church to the Crown. It was bought by Charles Cole, who demolished all the buildings apart from the chapel, and built Ely Palace in its place. During its time, St Etheldreda’s was one of the most influential places in London with its beautiful palace and vast grounds.

St Bartholomew-the-Great (Great St Bart’s), was founded in 1123 by Rahere, an honorary canon of St Paul’s Cathedral. He erected the church in gratitude after recovering from a fever. The building escaped the Great Fire of London in 1666, but fell into disrepair, and in the 18th century it was occupied for a time by squatters. Great St. Bart’s was restored and rebuilt by Aston Webb in the late 19th century and today it’s an active Anglican church as well as an important architectural monument. 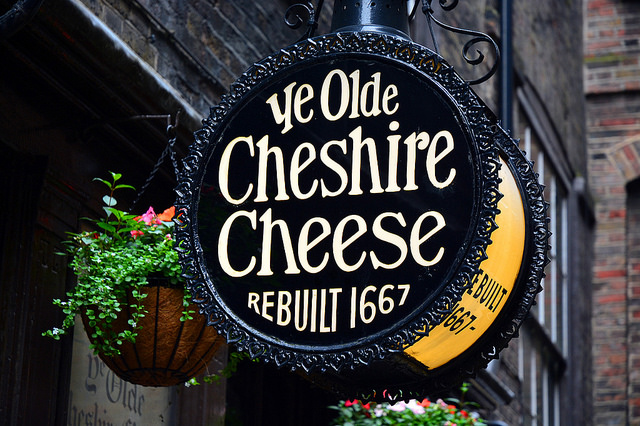 Ye Old Cheshire Cheese was built 340 years ago, in 1677. Interestingly enough, the pub’s cellar forms part of an old monastery that dates back to the 13th century. The pub was voted as one of the Top 10 Central London pubs just recently.

The Spaniards Inn at Hampstead Heath can trace its origins back to 1585, although it wasn’t recorded as pub until the early 18th century. Dickens immortalised it in The Pickwick Papers, and it’s believed that Keats composed his Ode to a Nightingale here, while enjoying a glass or two of claret.

The George Inn is located in Southwark near London Bridge. This Inn is one of London’s oldest. It’s also the city’s only surviving galleried coaching inn. After being ravaged by fire, it was rebuilt in 1676, and later, it was saved from demolition and is now in the care of the National Trust.

The Prospect of Whitby dates to 1543, when it was known as the Devils Tavern. During the 17th century, it became a notorious meeting and drinking place of smugglers and thieves. In the 18th century, the Devils Tavern burnt down, but was rebuilt and renamed after a ship of the same name that was anchored nearby.

The Olde Wine Shades was built in 1663 in Martin Lane, where it survived the Great Fire. It began life as a merchant’s house and is said to have been frequented by smugglers who used the old tunnel from the pub’s cellar to gain access to the River Thames. 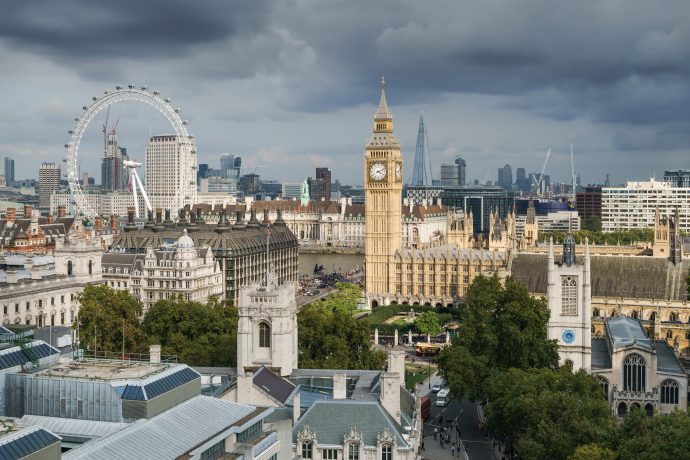 The Tower of London was built by William the Conqueror in 1078, mainly to serve as a fortress and stronghold. The oldest part is known as the White Tower, but throughout the centuries it’s been added to – there are now twenty-one separate towers that make up the Tower of London.

Westminster Hall is one of the largest medieval halls in Europe and is the oldest part of the Houses of Parliament. Originally built in 1097 for William Rufus as a banqueting hall, it was remodelled in a perpendicular Gothic style by Richard II some 300 years later. At the same time, he added the stunningly unique hammer-beam roof.

Bromley Hall, built in the 1490’s, is a glorious example of an early Tudor manor house, which is thought to be the oldest brick house in London.

Baker Street Underground Station was opened in 1863, and is not only the oldest station on the London Underground, but is also the oldest in the world.

How can you make the most of your square footage in London? It’s no surprise that London continually tops the list for having one…