Sculptures can really enhance spaces and can often become synonymous with a location, just think of the statue of liberty in New York.

As with all forms of art, the materials used to create sculptures can vary, and this can change the look and feel.

Designed by British-Indian sculptor Sir Anish Kapoor, The Orbit is a looping metal sculpture, the tallest in Britain at 114.5m, with an observation platform located at the top. It also included a slide which spirals around the sculpture.

Engineer Cecil Balmond worked with Kapoor on the project and said,

“we thought this idea represents flux, change, and London is full of change, with various ethnic streams.” 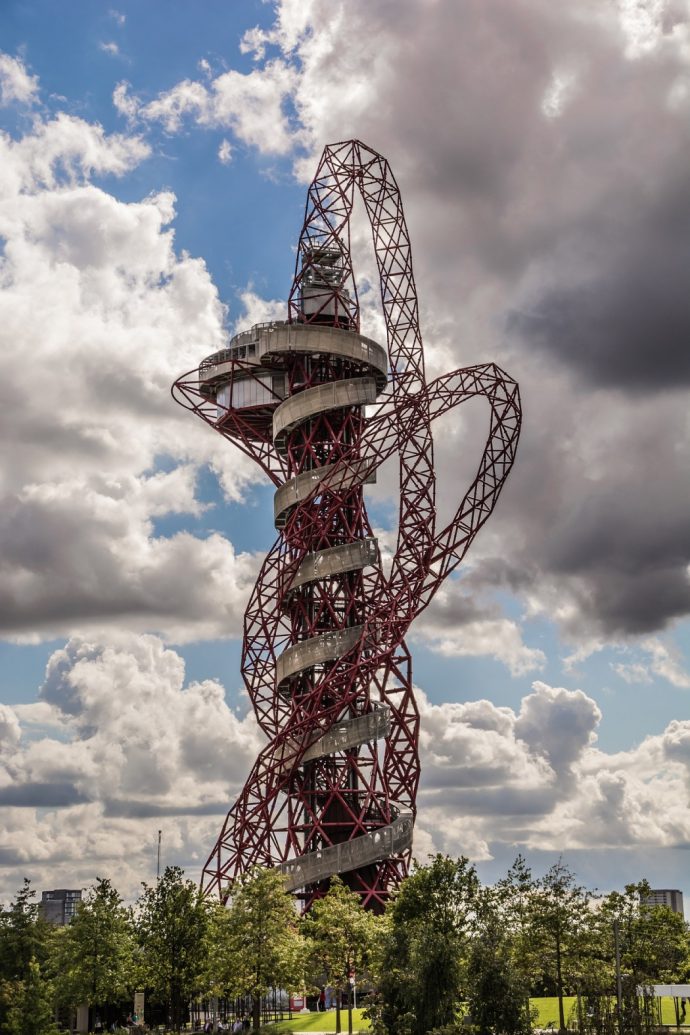 Steel is the primary material used in the sculpture, and over 60% is of the entire structure is made from recycled steel, featuring old washing machines and used cars. The primary colour of the sculpture is red, and while the colour was achieved with traditional paint, a technique such as powder coating could have been more in keeping with the environmentally friendly message of the games. There are also 250 coloured spotlights placed on the sculpture which can be individually controlled.

A perfect example of ‘transformative art’ are the shadow sculptures made by Tim Nobel and Sue Webster. Using everything from scrap metal to wood, plastic and everyday items, Nobel and Webster’s sculptures look like a collection of precariously balanced and fitted together random objects on their own. 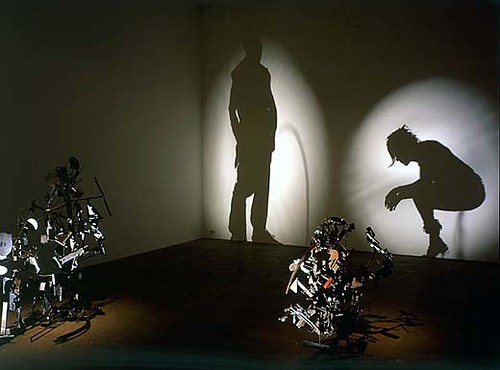 The brilliance of the designs isn’t fully displayed until the sculptures are eliminated from a specific angle. Once this happens, highly detailed shadows are formed which showcase a staggering attention to detail. The human and animal silhouettes are formed in a variety of positions, sometimes showing a full body and other times only a head.

Of their work, the Tim Nobel and Sue Webster said,

“anything that kicks against the routine, against the mundane things that close down your mind, is a refreshing and good thing.”

In contrast to Nobel and Webster, American sculptor Brian Mock creates sculptures which have a high level of realism in their aesthetic. They do not need to be illuminated or create a shadow for people to see exactly what they are. His sculptures are produced by welding items together, a skill he taught himself. 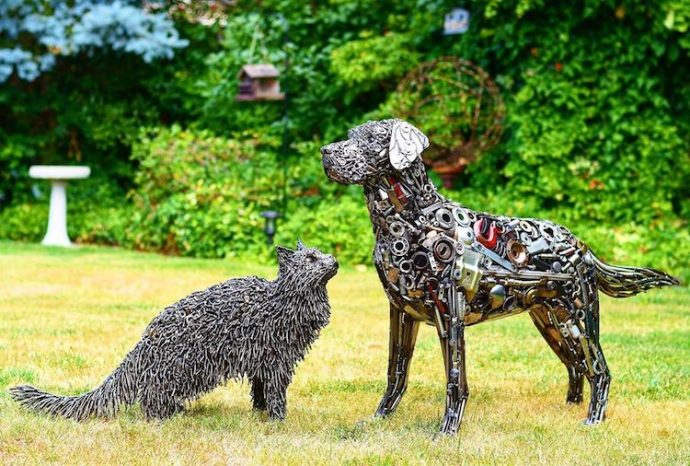 “giving old, everyday objects a new life as one sculpture is an artistically demanding, yet gratifying process. My work is designed to emphasize resourcefulness and encourage viewer engagement.”

His sculptures range from animals to humans and musical instruments to a 2ft tall pair of cowboy boots. All of his sculptures have a shine and lifelike quality, with the dogs in particular showing a range of emotions with some standing and some sitting.

PANTONE has released its 2020 colour of the year: Classic Blue, a reassuring and calming, yet fantastically bold shade of blue.