Embarking on a custom yacht build is a thrill experienced only by a few.

There are some very big decisions to be made from the outset, from the size of the yacht, hull form, and budget, through to the shipyard you enlist to design and build. Above all, getting the right yacht designers on your side is crucial to the success of the project.

There are some towering designers in the yacht design world. Some are famous for their interior designs, other for exteriors, while many specialise in both.

The very best yacht designers take your wishes and turn them into something that you couldn’t have dreamt up yourself, using their years of industry knowledge and their creative talents to create spectacular yachts – vessels with clean lines and iconic design, glamorous interiors and show-stopping features.

Each year, yacht award ceremonies call out the names of the heavyweight designers, whose yachts wow the world upon launch and are splashed across the covers of international yachting magazines.

Whether you’re seeking to build a motor or sailboat, opt for classic opulence or modern minimalism, a top yacht designer takes your yacht to the next level. Here are some of the great names of yacht design who you may want to collaborate with on your custom yacht build.

Five of the brightest names in custom yacht design:

Founded by the legendary Jon Bannenberg in the 1960’s and continued today by his son Dickie Bannenberg and Creative Director Simon Rowell, the list of ‘greatest hits’ of this yacht design studio is mind-blowing.

From the iconic Talitha G to the groundbreaking Galactica Star, the Bannenberg brand has always been associated with breaking conventions, leading to a raft of superyacht design awards and industry dominance over the decades.

The late Jon Bannenberg not only created extraordinary yachts, but his studio was the training ground of many of the other top designers on this list, becoming known as the ‘Chelsea University’. To buy a custom-built yacht with design by Bannenberg & Rowell is to own a piece of yachting heritage.

The grand master of large yacht design, Espen Øino is responsible for the exteriors of some of the world’s largest custom yachts, from his beginnings with Skat and Octopus through to later yachts Serene, Cloudbreak, and Galactica Supernova, as well as the acclaimed Silver Series.

In fact, the Norwegian-born, Monaco-based designer is responsible for the naval architecture of more large yachts than any other designer on earth, creating an almost mythic figure who is on the speed dial (or wish-list) of some of the world’s richest individuals.

An extraordinary passion for the sea and a fascination with interesting projects has created a rain of superyacht awards for the studio, but Espen Øino himself remains humble, eschewing much of the glamorous life in his endless pursuit of excellence and innovation for his clients. To commission a custom-built yacht with Espen Øino is an extraordinary privilege.

Andrew Winch was one of the talented young designers who trained under the late Jon Bannenberg, before beginning his own studio in London in 1986. His career thus far has been extraordinary, working on both exterior styling and interior design for some of the world’s largest and most innovative yachts, from Madame Gu to Here Comes the Sun and Dubai.

Turning his hand to both interior and exterior design, sailing yachts and motor, right down to yacht tenders, Winch Designs also designs private jets and land-based architecture projects. A raft of design awards have fallen to this premier UK yacht design studio, for whom anything seems possible. 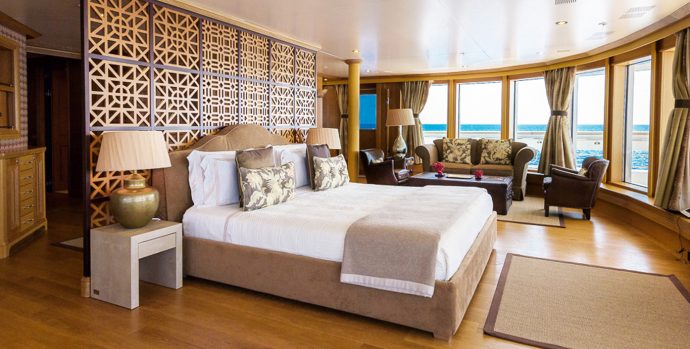 Another protégé of Jon Bannenberg, Terence Disdale bucks the trend of more classically-trained designers, with no formal design schooling behind him before setting up his UK studio in the 1970s. The British designer’s career has been wildly successful, designing the interiors and/or exteriors of iconic motor and sailing yachts, including Pelorus, Ecstasea, Eclipse, and Topaz.

Known as the ‘rock star yacht designer’ for his cowboy boots, long grey hair, and party-and-cars lifestyle, Terence Disdale yachts aren’t as flamboyant as one might expect. The unofficial ethos of the studio is ‘beach house not penthouse’, often eschewing ‘wow-factor’ design features for a chic and harmonious decor that is exquisitely crafted and effortlessly beautiful to live in. 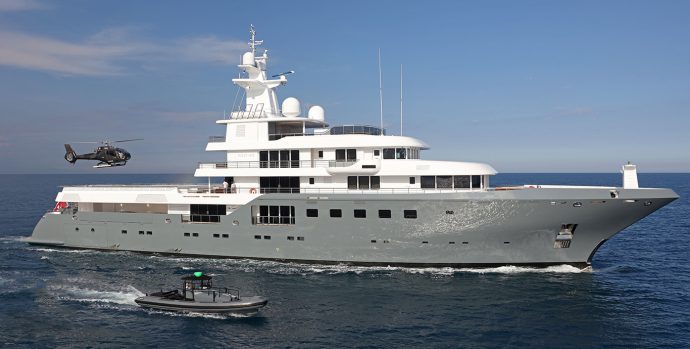 It’s only fitting that we round out our list with yet another student of Jon Bannenberg. Tim Heywood worked under Bannenberg until 1996, before launching a spectacular independent career in exterior yacht design that includes the exterior designs of Al Mirquab, Here Comes the Sun, Pelorus, and Topaz (some of which he worked on with ex-colleague and good friend, Terence Disdale).

Famous for his curved superstructure forms, wild designs and great sense of humour, Tim Heywood is a designer who shows sometimes doubtful yacht owners and shipyards the extent of what can be achieved.

Adding new life to your bathroom this spring  can benefit not just the interior design of your home.