If you’re visiting or thinking of moving to London, here’s a great list of buildings with that added extra – height!

London attracts the best architects in their field, and millions of visitors to admire their creations. It’s actually hard to keep up sometimes, as London’s skyline is ever changing. 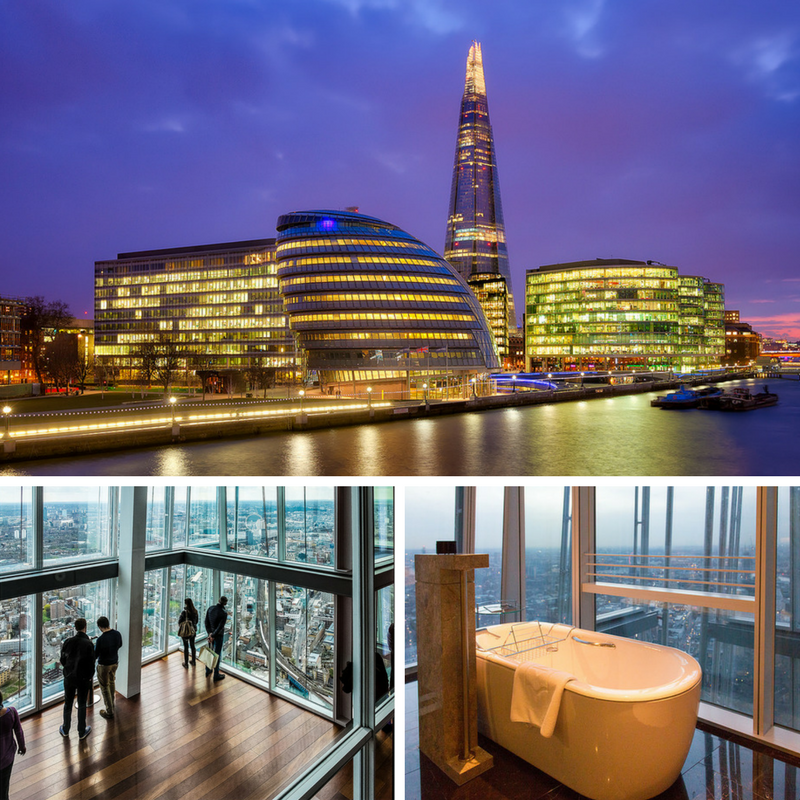 At 310 meters high the Shard is still the undisputed record holder for the tallest building in London. Designed by architect Renzo Piano the Shard has a striking look as its name depicts. What was once a scribble on the back of a menu way back in the year 2000, is now a famous landmark.

If you’re not afraid of heights you can stay in the Shangri-La hotel which covers floors 34 – 52, eat in the 5 different restaurants, or relax in the cocktail bar on the 52nd floor.

There’s even an open air sky-deck on the 72nd floor where you can enjoy the uninterrupted view of London, or don a virtual reality head set and test your head for heights even further still! 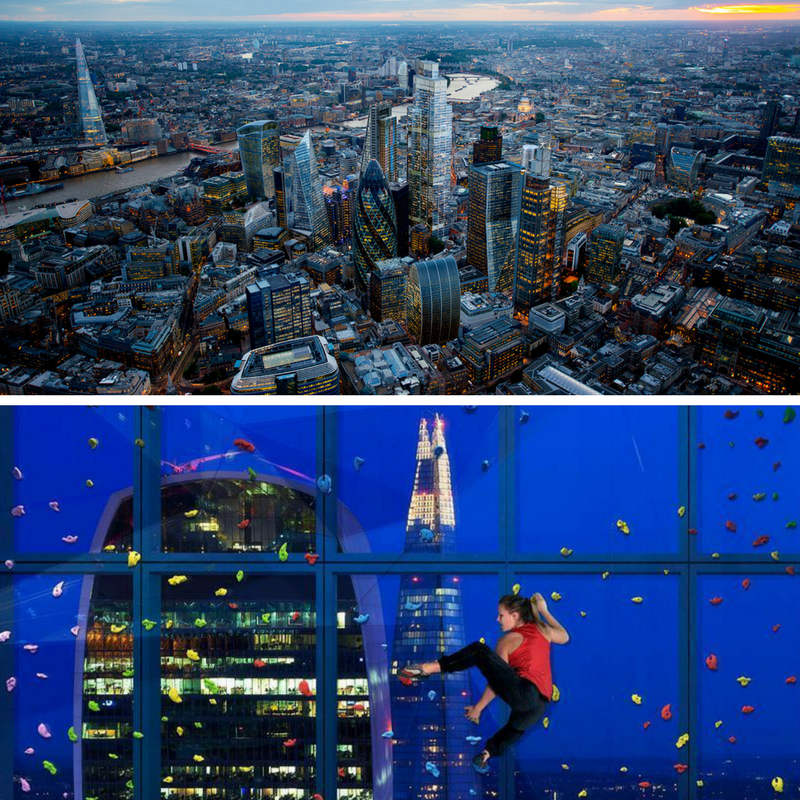 Designed by PLP Architecture, 22 Bishopsgate is currently in the process of being built, and will eventually stand 278 meters tall, making it the second tallest building in London.

It’s been built primarily as an office space catering for large to small businesses, including start-ups, but it’s no ordinary office building!

How many offices have you worked in with not only a fitness centre but a ‘glass’ climbing wall – what a view!

Members of the public haven’t been forgotten either, as the building includes the tallest viewing platform in London free of charge to visitors. 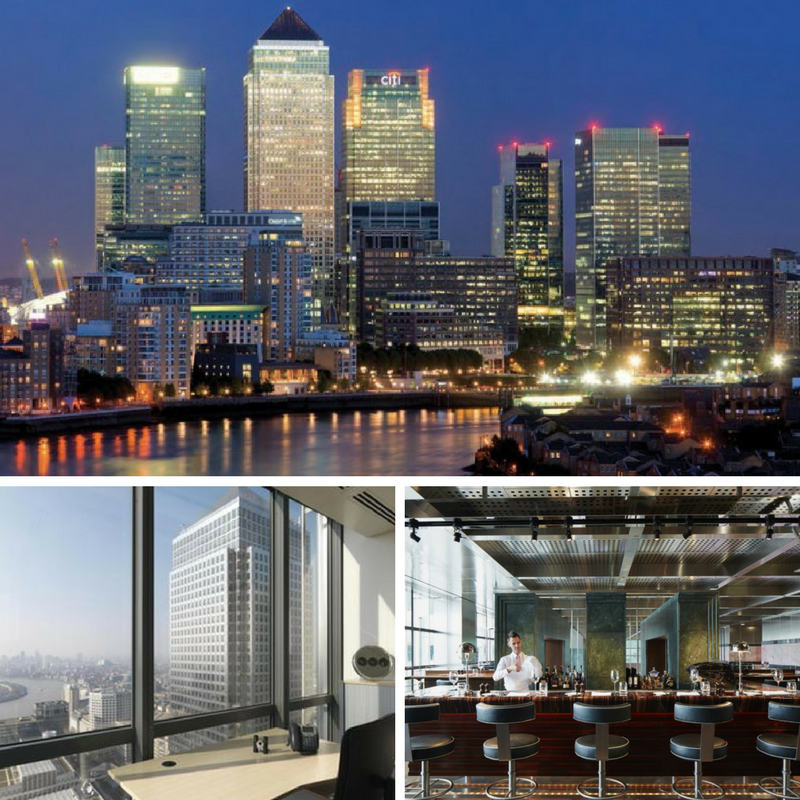 Holding the title of London’s tallest building from 1991 – 2012 One Canada Square was seen as a great London Landmark. Unfortunately, members of the public are unable to access the building other than the retail spaces on the ground floor.

Designed by architect Mr. Cesar Pelli and standing at approximately 235 – 236 meters high, it still stands tall within the financial district of Canary Wharf , with the resident companies situated over a staggering 50 floors accessed by not 10 but 33 lifts!

I’ve decided to sneak River South Tower in to the list as it could still be in the running to be one of London’s tallest building, but for some time now little work has taken place on the site.

Designed by Richard Rogers Partnership and taken over by J.P. Morgan & Co. the River South Tower One was expected to reach 235.64 meters high. At such a significant height and with so much work already put into the design and build so far, it’s hard to totally give up on seeing it completed. 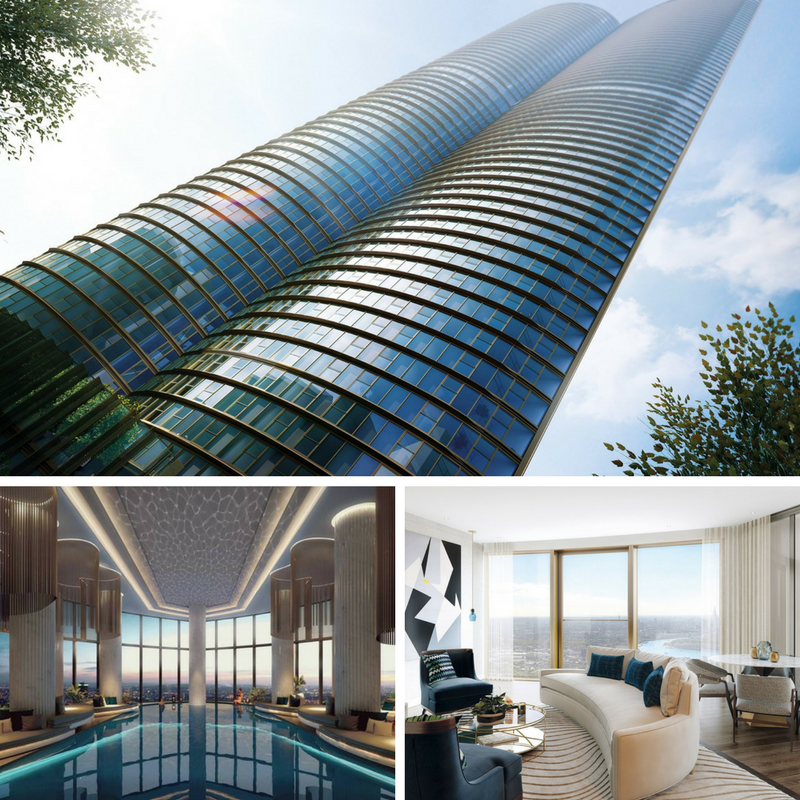 Spire designed by HOK, is marketed as the tallest residential property in Western Europe and will stand at 235 meters tall. If you’re wondering ‘what about the Shard’, yes it does also contain apartments, but it’s not solely residential.

What an amazing place to live the Spire will be, positioned within the conservation area in London Docklands, with 67 floors, an infinity pool on the 35th floor, and floor to ceiling windows in each bedroom, what a great way to relax and soak up the London skyline.

The price for an apartment in the Spire starts at £595,000 increasing to 3 million for the penthouse apartments. If you’re apprehensive regarding the purchase of a property that isn’t fully finished, or has only recently been completed, don’t let this put you off as you can cover any possible outcome if you make sure you’re covered by insurance and warranties such as a home warranty.

With the completion date set for 2020, who knows how many other taller buildings will have been given planning permission and take the Spires crown, but as most projects from the planning stage to completion of the build takes what often seems like forever, the Spire should at least have it’s 15 minutes of fame.

Heron Tower otherwise known as 110 Bishopsgate was designed by architects Kohn Pedersen Foxconsists, and stands at 230 meters tall, although I wonder if the 28 meter mast which is included in the equation is classed as cheating or not!

The Heron has much to offer as not only does it contain offices and corporate meeting rooms, and residential accommodation which you can see here, it also boasts some of the highest restaurants in London.

Technically the Shard has the highest, but it’s classed as a cocktail bar, so it’s not quite the same as being classed as a restaurant. The Duck & Waffle based in the Heron on the other hand classes itself as the highest 24/7 restaurant in London at 40 floors high. We’ll let you decide who wins!

I wonder how this list will look in a years’ time?! With such architecture and creative royalty daring each other to produce yet higher and higher designs, a cosmopolitan city that never sleeps, and a hunger for change, the apartments, hotels and office buildings in London will forever be evolving and drawing the crowds.